C//D 001:
CHUCK NORRIS - S/T 7" EP (2002?)
i can't find the image of this on the internet. it's the first record i ever put out, of dear friends, back in 2002 (?). Dumb name, 4 dudes who never knew when to quit (and still don't)... But no regrets with this record. it truly is a rager, and a nice little memento to an era in the Vancouver/Squamish punk scene that collapsed on itself. It should be noted that without CHUCK NORRIS, i doubt the punk scene in Squamish (their small mountain town north of Vancouver) would be half of what it is today.
These days, Squamish and Squamtea play in a great doom band called HOOPSNAKE, Blinky drums for my band FEAR OF TOMORROW and bass in war metal mongers RADIOACTIVE VOMIT, and Skidge plays drums in a pop punk band called GUT FEELING.
500 pressed. SOLD OUT. 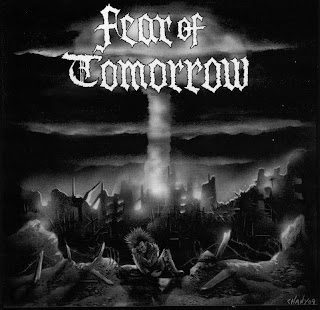 Eight years after my first release, here is the second one! My hardcore punk band. Ugh!
500 Pressed. 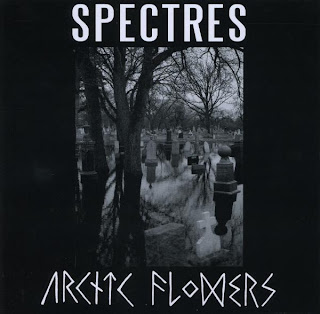 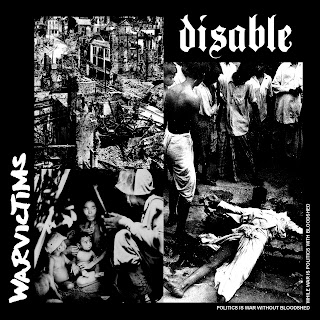 This 7" has been in the works for some time. Hopefully it will be out early in the new year. DISABLE are one of the best DISCLOSE worship bands of North America right now. i highly recommend checking out their demo tape. Very respectable fella's. WAR VICTIMS are the Swedish kings of raw fucking kang, and their songs on this continue there dis-legacy.

C//D 005:
NU SENSAE/VERRATERISCH - Split 7" EP (sometime in early 2011?)
No image yet... i don't even think either band has recorded for this yet. Both bands are just bass and drums and vocals. NU SENSAE lean a little more on the artsy side, and bring to mind SONIC YOUTH and other 90's grunge era favorites while keeping it totally punk and exciting. VERRATERISCH play ripping raw pogo punk sung in German. Their demo has been flipped over more than once in the Distort Manor, and they play the most addictive punk to EVER come out of Sacramento!!! Projected date for release: April 2011... Punk time... so when ever.

Stay tuned for label updates here. Myspace sucks now, and labels that have Facebook pages are lllllllllllllame.
Until next time... Up the punks n' skins! 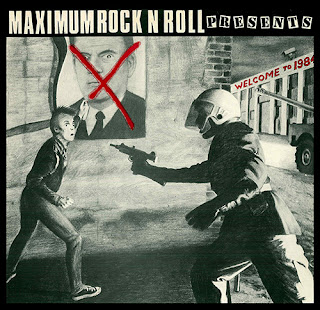 i've had that KIDNAP song stuck in my head for the last 2 weeks. This might be my favorite comp ever... At least way better than that crumby SST comp i was rocking for my last blog update. Side note: the dude who did the cover (Claude Perrault) lives/lived in Vancouver (5 blocks from me)... Does anyone know if he's still around? i'd like to see more of his art, and see what he's been up to for the last 26 years or so...

Posted by CHARGED//DISTORTED at 12:03 AM