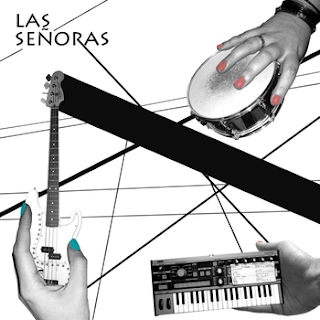 While i'm nerding out, and since it's to cold for me to work or leave the damn house, i may as well recommend some other great stuff.
ELECTRIC FUNERAL recently put out their 4th demo tape entitled, IN LEAGUE WITH DARKNESS. This is Jocke of D-TAKT & RA PUNK label, WAR VICTIMS, DESPERAT, etc. Check his blog at http://dbeatrawpunk.blogspot.com. This guy is the current king of Kang in Sweden!!!
Anyway, the music... Arrrrrrrrrrrgh, fucking raw, brutal d-beat hardcore punk... Very heavy, and very noisy. Distorted to hell!!! What can i say? it's my favorite kind of hardcore punk. it states right in the liner notes the inspiration is DISCLOSE, VENOM, WARCRY, and GLOOM. How can you go wrong? The idea of this recording was Jocke rounding up his buddies to write lyrics to his noise. You have dude from DISPOSE, Fafao from BESTHOVEN, dude from GO FILTH GO, and even yours truly lends a song with help from dear friend Maddie (MUNDO MUERTO/HOMEWRECKERS). I guess DISTORT THE WORLD records and tapes already got rid of the whole press (of a whopping 40 copies), but maybe if you hassle Jocke enough he will repress it??? E-mail me if you want a dubbed version or visit DISTRO-Y to download it (http://www.distroy.webs.com/downloads.html). Buy stuff from him too, he's a cool fella. 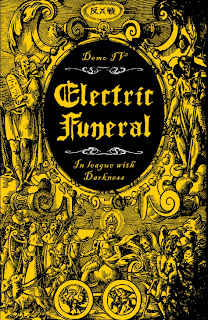 i recently got turned on the the GEISTER Night Terrors 7" on Josh from the JOLTS label, Moloch records. To be honest, when my buddy Zach played me this in the late summer, i found it boring, and not having much to offer... Josh gave me one of these at Distort Fest, and it sat in my "to listen" pile until a week or two ago when i figured i should give it another spin. Maybe i had to be alone in my room, avoiding going out in the shitty Vancouver rain, but it actually really stoked me out. There are no surprises, no crazy tempo changes, and certainly no d-beats... What you get is repetitive, sloppy, mid paced punk with female vocals that instantly make you think of Exene (from the LA X, you poser). This band would really fit in great in Portland with MORAL HEX, and BELLICOSE MINDS... But they are from none other than fucking Edmonton, Alberta (which may explain the bleak hopeless feeling this record gives off)!!! Finally, the Albertan's are forming great bands again!!! The more you listen to this, the catchier and more intriguing it becomes. The title track is a mix tape must! Track this down from either Joshy (he didn't include a contact! What a guy!) or myself. As a side note, the singer is apparently Graham from WEDNESDAY NIGHT HEROS/NO PROBLEM's little sister! it always stokes me out to see literal punk families!!! 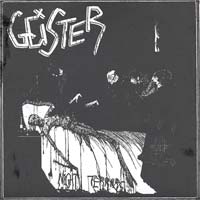 Last of the day... Berzerker (my dog) is bored as shit, and wants me to walk him to the record store, and Army & Navy so i can buy a loonie toque.
CERVIX are among the crop of ripping raw hardcore punk in Brooklyn, NY... And guess what. They're playing in Vancouver on January 2nd with FEAR OF TOMORROW, Mikaela from DICHOTOMY's new band with TEMPEST dudes (apparently it's down tuned d-beat... SKIT SYSTEMy i am hoping!), and one more special band TBA. But i digress. Let's talk noise hear.
There is a shit ton of reverb, and Amelia's maniacal fucking vocals are over the top. She just screams like a banshee slamming an enormous door in the depths of hell... The music kinda has a punkier SACRILEGE kinda sound... less crazy awesome leads and way fucking rawer though (hence, punker), making it comparable to GAI and other great old Japanese raw distorters. Robert Collins described the recording like this: "the whole thing sounds like it was dubbed in a toilet...while someone was using it". Amelia and i were pondering whether that was a good thing or a bad thing... Either way, it's an accurate description, so you know if you love raw hard core, and i mean raw hard core, you really should order this shit now. if you like to hear well produced melodic songs, go listen to your mom's BEATLES records you fucking poser. 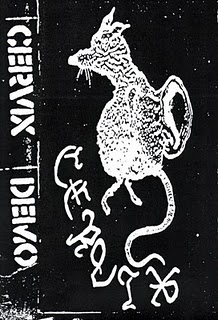 And check the video of them in Montreal: http://www.youtube.com/watch?v=8bX38cwWGBMThat's all for today. i leave now, rocking the NOMAD 7". Fuck, i wanna just hang out in New York and get fucked up and watch all these bands play and practice and eat the shit out of some kill pizza, buddy!!!

Posted by CHARGED//DISTORTED at 1:21 PM